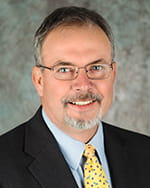 
Too much of anything can be bad, including healthcare.

All new medical students are taught the ancient Latin adage, “primum non nocere” translated as; “first, do no harm” and meaning that in practice, it is sometimes better to do nothing than to do something and risk more harm. Based on some new knowledge about a child’s immune development, taking an antibiotic for a viral illness is bad medicine and in fact, it does more harm than we first thought. Still, patients sometimes equate leaving the medical office without a prescription as a wasted visit, but when the illness is a community acquired viral infection - and most illnesses are just that - a prescription for antibiotics can leave you and your “community” in worse shape than before.

So here are three reasons you should think twice about running out to the doctor or the urgent care center to quickly get your coughing child on an antibiotic.

Antibiotics disrupt this symbiotic immune development by altering the healthy diversity of our own community of helpful bacteria. Ed Yong, in his new book, I Contain Multitudes, has called antibiotics “shock and awe weapons…they kill the bacteria we want as well as those we don’t- an approach that’s like nuking a city to deal with the rats.” Imagine the potential effects of antibiotic treatment on the B. Infantis gut population in a breastfed infant who has come down with a new viral illness. We are now learning just how important it is to have an abundant gut microbial population. It turns out the most effective treatment for C. Diff colitis is not more antibiotics but capsules of fecal material packed full of diverse gut microbes or as Mr. Yong delights in saying, “The number one treatment for C. Diff is actually number two!”

So what’s a parent to do for their ill child?

And finally, if at all possible, breast feed your babies!

Michael Jordan, MD, MS-HQSM, CPE, FAAP, Chief of Pediatrics at Newark-Wayne Community Hospital is board-certified in Pediatric Medicine. He attended the College of Human Medicine at Michigan State University and completed his residency training at the University of Rochester. In addition to his leadership role as chief of Pediatrics at Newark-Wayne, he is the medical director of Rochester Regional Medical Group and is also chair of Rochester General Medical Group’s Quality Committee. He works in the Sodus Rochester General Medical Group Pediatric office. To send questions on children’s health, please email Wendy Fisher, Pediatric Practice Manager at [email protected] and write “Ask a Doc” in the subject line. To schedule an appointment, call 315-483-3214.