What are congenital hand deformities? 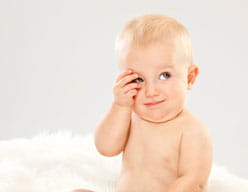 Congenital hand deformities are present at birth and may become a challenge for children as they continue to grow and learn to interact with their environment through the use of their hands. The degree of deformity can vary from something minor, such as a digital disproportion, to a more severe deformity, such as total absence of a bone.

Seeking a consultation with a hand surgeon as early as possible is an important part of the treatment process. Even if reconstructive surgery is not a possibility, there are many different types of prosthetic devices that can be used to increase the function of your child’s hand.

Problems in development of the parts

This occurs when parts of the body stop developing while the baby is in the womb, causing either a complete absence of a part of the body, such as the hand, or a missing structure, such as part of the arm bone. Surgery is not typically used in the case of a complete missing part. Instead, children may be introduced to prosthetic devices early in their childhood. Types of this classification include, but are not limited to:

Failure of the parts of the hand to separate

With this type of deformity, the parts of the hand, either the bones and/or the tissues, fail to separate in the womb. The most common type of this classification is syndactyly, in which two or more fingers are fused together. According to some sources, syndactyly occurs in seven out of every 10,000 live births. There is a familial tendency to develop this deformity, which usually involves both hands and affects males more often than females. If the fingers are completely fused together, it is considered complete. There are two types of syndactyly, including:

Contractures of the hand

One of the common types of this classification is congenital triggering, which occurs when one of the digits is unable to extend. Congenital triggering is usually seen in the thumb and may take some time during a child’s development before it is noted that the child cannot extend the thumb. Approximately 33% of contractures improve on their own, therefore surgery is usually not performed until the second year of life, but preferably before the age of three.

Overgrowth of digits, also known a macrodactyly, causes an abnormally large digit. This condition is more commonly seen in males and may also involve the hand and forearm. In most cases, only one digit—usually the index finger—is involved; however, in rare circumstances, all parts of the finger (or thumb) are affected. Surgical treatment for this condition is complex and the outcomes may be less than desirable. We may recommend amputation of the enlarged digit in certain cases.

With this condition, there are four degrees of severity, including the following:

These are a rare and complex group of problems.

We will determine the best treatment option for your child based on the following criteria:

Your child’s treatment may include:

Browse our expert physicians to find the best and most convenient doctor for you.

Find A Location For Treatment

With hundreds of locations throughout Western and Central New York, search our location database for the services closest to your home.