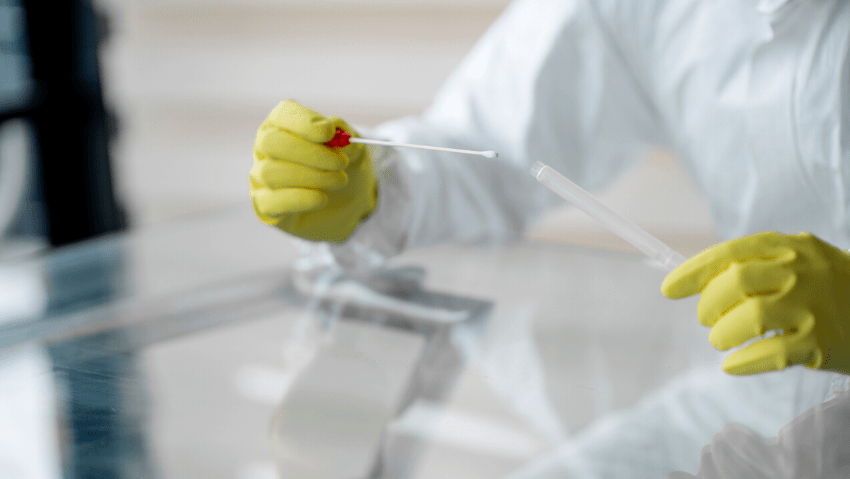 While the public deals with the spread of the coronavirus disease 2019 (COVID-19) to New York State and major regions of the United States, the latest data on flu season has been reported by the Center for Disease Control and Prevention (CDC).

So far this season, the CDC estimates between 39 million and 56 million flu illnesses, at least 410,000 hospitalizations, and as many as 62,000 deaths from flu, of which 169 are pediatric.

Coronavirus or Flu: What's the difference?

Sign up for our Health Hive newsletter to receive our top stories and tips to help you live a longer, healthier life.

Roughly 70% of early flu cases were Influenza B and about 30% were been caused by Influenza A, according to the CDC.

Differences between coronavirus and seasonal allergies

Both strains of influenza cause typical flu symptoms, like fever, fatigue, body aches, chills, sore throat, and cough. It’s unlikely patients would be able to tell the difference between A or B without a lab test.

However, Influenza B is slower to develop, which is why it typically appears later in the season. It’s also more likely to impact children and younger adults instead of the elderly. This could explain why more people were infected with the flu earlier this year over previous years, but the number of hospitalizations and deaths were lower.

A total of 19,713 influenza-related hospitalizations were reported between October 1, 2019 and March 28, 2020. 72% were associated with Influenza A and 27% were Influenza B, which is a reversal of early season numbers when Influenza B was more dominant.

The overall cumulative hospitalization rate was 67.9 per 100,000 population over the same time period. This number is higher than all recent seasons during the same time period, except for the 2017-18 season. Hospitalization rates in children 0-4 years old and adults 18-49 years old are the highest on record according to the CDC, surpassing the rate reported during the 2009 H1N1 pandemic.

Is the Flu Vaccine Working this Year?

The flu shot is developed at the start of each season to protect from strains of the flu. More than 170 million doses of the flu vaccine have been administered to fight this year's virus.

At the beginning of 2020, the vaccine reduced doctor's visits by 45% overall and 55% in children, but rates among children and young adults are higher this season compared to recent seasons.

"The vaccine has significantly reduced medical visits associated with influenza so far this season," the CDC announced in its February 21 report.

If you have received your vaccine, you don’t need to get a second shot (except children under the age of 9 who are getting vaccinated for the first time), explained the CDC's Lynnette Brammer.

“While it’s possible to get the flu even if you get the shot, vaccination reduces your risk of getting sick and may lessen the severity of the symptoms if you do.”

How to Treat the Flu

Flu comes hard and fast. While there is no cure for the flu, there are several ways you can alleviate flu symptoms for a more comfortable recovery.

One way to help your body recover from the flu is to stay hydrated. When you’re sick, your temperature increases and you become dehydrated, causing a myriad of issues like the chills, sweats, dizziness, and thirst.

Water is always best, but low-sugar sports drinks that contain electrolytes can also help you replenish nutrients and calories.

Your body can better fight infection when it is in a sleep state, according to a new study by Rockefeller University Press. The study shows that during sleep, the body’s immune cells attach to infected cells and fight off the virus.

With the flu, it’s recommended that you get as much rest as possible, always stay home from work until you are symptom-free for 24 hours, and do as little physical excursion as possible.

Tamiflu attacks the flu virus in your body, prevents it from multiplying, and reduces flu symptoms. However, Tamiflu is only effective for patients who have tested positive for the flu. Antihistamines and decongestants can also help reduce nasal swelling and itchy, watery eyes.

Does Coronavirus Spread Outside?