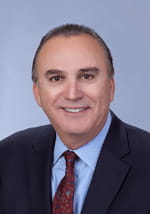 Dr. Michael E. Pichichero is a physician-scientist, trained and board-certified in pediatrics, pediatric infectious diseases, and adult and pediatric allergy/immunology. His career has been as a clinical and translational vaccine immunobiologist. He brings the experience of a continuously funded investigator by NIH since 1981. He has received over $70 million in federal, foundation, association and industry grants and he has >300 peer-reviewed publications; 150 in the field of vaccines and vaccine immunobiology pertaining to pertussis, diphtheria, tetanus, rotavirus, influenza, tularemia, botulism, and H. influenzae type b, pneumococcal and meningococcal conjugate and candidate nontypeable H. influenzae and S. pneumoniae protein candidate vaccines, and 65 in the field of acute otitis media (AOM). Dr. Pichichero was on the discovery team at the University of Rochester that invented the H. influenzae type b and pneumococcal conjugate vaccines. His role was candidate antigen identification, evaluation of mucosal and serum antibody responses and clinical trial supervision for prototype conjugate vaccines. In 2005, Dr. Pichichero returned to the bench, recruited 3 PhD scientists and a post-doc to launch a focused research team dedicated to vaccine immunobiology in children. He left the Univ. of Rochester in 2009 to accept a new position across town as Director of the Rochester General Hospital Research Institute (RGHRI).

Dr. Pichichero’s lab is focused on prospective, longitudinal clinical and translational studies of acute otitis media (AOM) (R01 DC 08671). His group seeks to define the adaptive and innate immune response deficits among otitis prone (OP) children to infections caused by nontypeable Haemophilus influenzae (NTHi) and Streptococcus pneumoniae (Spn). They seek to understand the immunity deficits among OP children in the context of overcoming the immune modulating effects of upper respiratory viral infections. To better understand NTHi and Spn pathogenesis and assist in vaccine development they are: (1) identifying specific adaptive immune deficits in OP children; (2) determining independent contributions of mucosal immunity in OP children; (3) understanding the role of innate responses to co-infection of respiratory bacteria and viruses; and (4) defining the role of differences in the nasopharyngeal (NP) inflammatory response in shaping the mucosal microenvironment to allow for NTHi/Spn colonization and then infection.

In 2011, Dr. Pichichero’s group discovered the most common immunodeficiency of children (occurring in about 5% of 6 to 24 month olds) they termed Prolonged Neonatal Immune Profile (PNIP). They found that PNIP children have even lower antibody and antigen-specific memory T-cell responses than normal young children to multiple vaccines. Their immune profile appears similar to neonates, leaving them even more susceptible to multiple vaccine-preventable infections. The differences in the immune responses of PNIP children and normal and other low vaccine responder young children may be attributable to multiple factors. The group plans to further characterize the immunologic differences of adaptive immune responses, interactions among immunity effector cells, and mechanisms that contribute to the more limited immune responses to vaccines in normal, low vaccine responders and PNIP young children. Their focus will be on CD4 T-cell, B cell and APC cell responses with respect to activation, function and long-term persistence (memory) after routine pediatric vaccinations, comparing normal, low vaccine responders and PNIP children. The ultimate goal is to understand the key characteristics of immunity in young children that might be augmented by new rational vaccine design and the addition of adjuvants to overcome the lack of response and need for multiple vaccine doses to establish protection from disease and lifelong immunity. 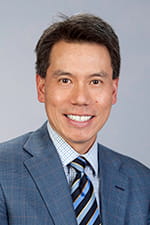 Dr. Toy holds a number of positions at Rochester Regional Hospital and maintains academic appointments at the University of Rochester and Saba Medical School as a Gynecologic Oncology faculty member within the department of Ob/Gyn. In addition to supervising medical Residents and Fellows, Dr. Toy has had a long-standing interest in studying the signaling pathways of ovarian cancer and human papillomavirus (HPV) related cervical carcinogenesis. His early work in the laboratory of Robert Rose, Ph.D. was funded by an R21 grant in the Reproductive Scientist’s Development Program leading to independent funding in novel targets for abrogating HPV viral proliferation and resultant precursor lesions for invasive cervical cancer. Using both in vivo and organotypic culture assays, his investigation of the growth potential of cervical tumors led to the application of a similar paradigm to ovarian cancer. Current work focuses on cofactors including the local microenvironment for tumor growth and the microbiome as it relates to the Wiearly transformation of precancerous cells. 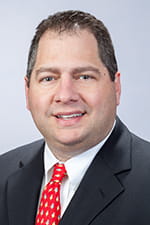 Dr. Poligone was first to discover that dysregulation of NF-κB in dendritic cells can lead to an abnormal immune response and ultimately auto-immunity. His interest as both a dermatologist and research scientist is in the field of cutaneous lymphoma. Dr. Poligone’s last published work shows that doxycycline induces apoptosis in multiple different cell lines from patients with two common subtypes of Cutaneous T-cell Lymphoma, Mycosis Fungoides, and Sézary Syndrome. Doxycycline inhibits TNF induced NF-kB activation and reduces the expression of NF-kB dependent anti-apoptotic proteins. He is committed to the study of NF-kB signaling in human disease. He has demonstrated that constitutive phosphorylation of the NF-κB subunit p65 promotes a non-psoriasisiform dermatitis that is also driven by TNF, and hyperplasia leading to the development of pre-malignant keratoacanthoma-like lesions. His current funding is from the National Psoriasis Foundation and the Valeant Investigator-Initiated Study. 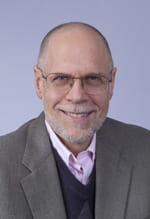 Zag is a manager and scientist, trained in the fields of microbiology, immunology, vaccinology, protein structure and bioinformatics. He has 30 years of life science experience in the industry of which 15 years were in human vaccine discovery at Wyeth/Pfizer whereas a Research Fellow he took early retirement. Zag has a number of publications and patents. He currently also holds an appointment in the Department of Immunology and Microbiology at URMC. His past research focused on the discovery of vaccine candidates to Streptococcus pneumoniae, Haemophilus influenzae, Streptococcus pyogenes, Neisseria meningitidis as well as lead a team in the development of a novel HIV vaccine candidate. Zag was on the discovery team at Wyeth that developed the first Meningococcal Group B Vaccine approved in the USA, Trumenba. He currently supports the daily research operations of the scientists, reviews documents, organizes lab functions and oversees the development of a new clinical/research database. 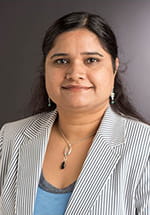 Dr. Kaur is a Research Scientist I trained in the fields of microbiology & immunology. Her research focuses on pathogenesis and immunology involving the bacterial pathogens S. pneumoniae and Haemophilus influenzae. Dr. Kaur works with human samples to understand differential expression of virulence determinants by these respiratory pathogens when they colonize the nasopharynx and progress to acute otitis media in children. She seeks to identify whether vaccine candidate proteins of S. pneumoniae and Haemophilus influenzae would be targets for immune responses occurring at the site of colonization compared to the site of infection. The microbiome of the nasopharynx and innate and adaptive immune responses may modulate protein expression by these respiratory bacteria; differences may exist between humans prone to such infections compared to those who resist infection more effectively. 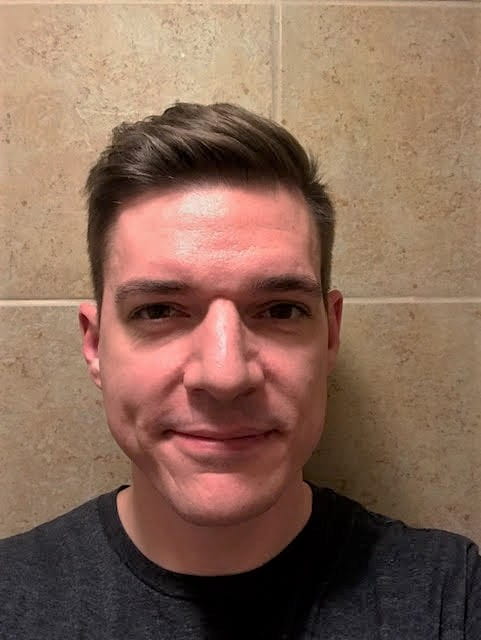 Tim Chapman is trained as a basic scientist in immunology from the University of Rochester. His research focus is on immune responses that occur in the lung. As a mucosal organ, the lung is exposed to many external inhaled stimuli. Some of these foreign particles are potentially harmful, such as virus or bacteria, while others are innocuous, such as pollens, dust, etc. How the immune system determines the danger an inhaled particle poses is the difference between protection from infection and severe infection or allergic disease. His studies are focused on understanding the decisions the immune system makes in responding to such stimuli. As part of the Research Institute, Dr. Chapman is studying how the immune system responds to commensal bacteria that are inhaled during early life. Specific examples the lab is focused on are Streptococcus pneumoniae and non-typeable Hemophilus influenzae. These bacteria can be harmless as part of the commensal microbial community in the human nasopharynx, but can also act as opportunists and spread to additional anatomical sites such as the middle ear and lungs, causing significant pathology and illness. Understanding how the immune system sees and responds to these pathogens will yield critical insights into how we can better protect vulnerable patient populations from a life-threatening infection. 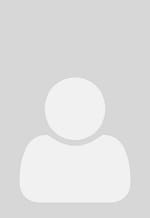 Dr. Lei Xu has had extensive experience in research fields of molecular and cellular biology, genetics, and cancer biology.  Her research focuses on pneumococcal diseases, which are among the most prevalent diseases caused by bacteria.  Although powerful vaccines are available and have been implemented at a broad scale, resistant strains frequently arise and as such new intervention approaches are needed.  Furthermore, vaccines are not efficient in protecting certain pneumococcal diseases such as otitis media.  To address these issues, Dr. Xu investigates the impact of microbiota on pneumococcal diseases and in particular on otitis media. Microbiota has been recently found as one of the key factors influencing human health, including inflammatory bowel diseases and diabetes.  Its potential function in otitis media has also been implicated but the mechanisms remain unclear and application toward treatment is not yet established.  Dr. Xu aims to identify bacteria profiles that prevent the development of the disease and support a healthier state of the individuals, which may ultimately lead to microbiota-based treatment and prevention options. 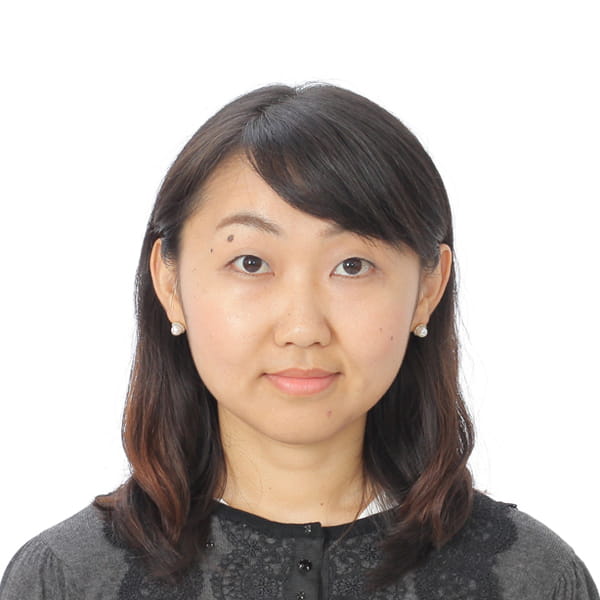 Naoko Fuji was trained in the fields of virology and molecular epidemiology. She worked on respiratory viruses in pediatric severe respiratory illness. Her research interests are the interaction between bacterial and viral pathogens in hosts and their influence on the immune system. She is also interested in bacterial virulence changes in a manner that is specific to the infection site.